February in Adelaide means Festival time and we just had to join in the fun. Since we couldn’t possibly fit everything into one night we have added an extra Session. That’s right. TWO BROADWAY SESSIONS. It’s Christmas all over again!

Join us on the 28th of February for our very first sing-a-long, Broadway style, where the audience can really join in the fun. There are many things planned already for this night and we don’t want to say too much, too soon, but you can expect a wide range of songs from Rogers and Hammerstein to Andrew Lloyd Webber to Jonathan Larsen and Stephen Sondheim!

There is also the opportunity for you to register to perform on-stage with the Session band.

*Please note that due to all tickets being sold via Adelaide Fringe and FringeTIX there is a slight price increase for this session. 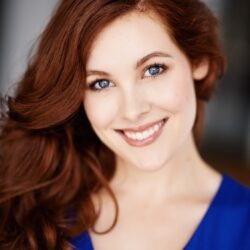 In the summer of 2014/2015 Catherine was lucky enough to secure her first role in a professional stage show as the lead female singer in Jason Coleman’s Spiegelicious in Sorrento. The production starred Wayne Scott Kermond and after a sold out Christmas season, returned over Easter for another successful run. Catherine's most recent achievement was being selected as a semi finalist for the Rob Guest Endowment Award last year year in Sydney.

Next SessionPrevious SessionAll Past Sessions